Can people with Vonwillebrands get tattoos?

Hi. My name is Alexis and I am nineteen. When I was sseven I had my tonsils removed and had a throat hemmorage which is how my parents and I found out that I had Von Willebrands. I just visited my hematologist and she said that I had a very mild version yet when I asked her about getting a tattoo she shot it down right away. I still want to get one and I figure I can if I take DDAVP before,but she told me that no tattoo artist would ever want to tattoo me and I was wondering if that was true. I was wondering if anyone else have tattoo's and if they had any problems. I do have trouble healing which after getting my wisdom teeth removed, I had dry sockets which meant the blot didn't clot. Thank you.

Alexis i would hate to tell you yes and something happen to you, you have a severe bleed and have to go to the hospital. Its because of that im not sure if you will get much for an answer here. How big is the tattoo you want?

Interesting post, dkel, as it is not just lupus. A few people on myositis also suspect that tattoos triggered their illness. Tattoos put a foreign substance into the body. Reactions may be rare but certainly possible. However, there is a much more commonplace trigger for these illnesses -- cigarette smoke.

I am a Moderator here and across a number of other rare disease communities. I do not know the specifics re VWD, so I have shared your post with all our 250+ members so we maximise coverage and get the best responses.

I would caution you though - a number of people in the Lupus community believe (on good evidence) that having a tattoo caused their Lupus and some other incurable auto-immune diseases.

My personal sense would be to not have one due to the risks. But, of course, we will get more responses from our community and it is your decision.

Please keep us posted re what you decide and what happens - we are here for you under all circumstances.

Yes. My husband got 1 on his shoulder and a back piece BEFORE he knew about his VWD type 1 and had no problems. It would depend on how you bleed and what kind of bleeding disorder you have. Talk to your he hemotologist first. And the same for piercings. I had many done before I knew and I had no problems.

I have Type 1 and I have two tattoos no problems! 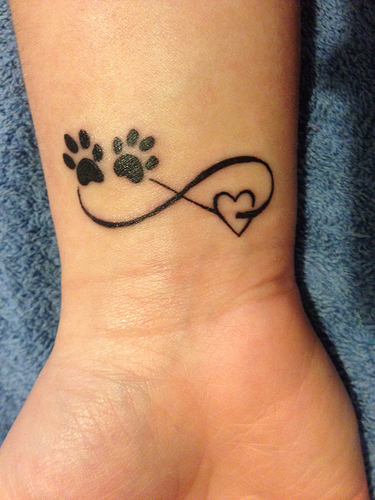 f76bd3c153b789a690267ed2a383f4a2448aaa7f.jpg1536×2048 1.81 MB
Thank you everyone for your comments! I spoke to my hematologist and she said she wouldn't do it because no know will ever tattoo me knowing that I have vonwillebrands and I could mess up the tattoo if I bleed. I am supposed to have a mild version of vonwillebrands so I'm not sure why I shouldn't get it. My prescription of DDAVP ran out so if I do decide to get the tattoo, I think it would be a good idea to be that before it. The tattoo that I want is really small and I want it a few inches above my ankle bone. Thanks so much for answering my question!!!
Brianna September 22, 2014, 1:51am #8

I have 3 tattoos. I just take my stimate before going. I do have type 1 though.

i have type 3 and have 5 tattoos. i did not have problems bleeding or healing. i didnt take anything prior

I had a tattoo done a couple of months ago and just made sure I took my tranexamic acid prior to the tattoo and after and had no problems at all. Mine was a picture my daughter made me for mothers day and I absolutely loved it.

Thanks for the answers guys. I still want a tattoo,a different one than the one I posted. I want a dreamcatcher with a pawprint on my back. I’m just slightly worried because I do have trouble with healing and I do not want anything bad to happen or the tattoo to be messed up. I know my hematologist advised against it, but I only have type one and my bleeding hasn’t really been bad. I had my wisdom teeth out and I got dry sockets because I had a hard time healing and Im so worried but I really want one in memory of my dog and grandmother.

I have two tattoos and I was fine. They healed without issues, so as long as you go to a good artist who knows their stuff you should be fine. Hope it helps.

Thank you. I think I should be fine though my parents want me to wait.

Everyone bleeds differently. I have tattoos and piercings with 2N. But apparently they say I don’t have VWD anymore if that makes sense because it doesn’t to me. You can ask your doctor first, I would try something very small and cute if your doctor says okay. Definitely let your artist know of your condition maybe he can try no ink first to test an area. It really depends placement, how hard handed he or she is, how you bleed and other factors as well. Please don’t do anything without consulting doctor first. I had no bleeding with my shoulder tattoo and little with nose piercing. A lot with tragus piercing but it eventually stopped with pressure.

Good morning.
I am almost fully covered with tattoos. Couple things you need to watch out with vwb. You will bleed and the artist might think you had alcohol, just let them know. And it might scab up a little more.
I still donate blood and get tattoos but it is risky. I’m a type 2 moderate to severe. I can’t remember if there was a letter after the 2. I was diagnosed about 16 years ago.
Good luck
Kristina